The Lebanese Short Drama launched on September 4, 2019 at GiornatedegliAutori (Venice Days) During a Special Event at the Villa DegliAutori at the Venice Lido

VENICE, Italy, Sept. 5, 2019 /PRNewswire/ -- "Manara," a short film by Lebanese filmmaker Zayn Alexander, debuted in the 2019 Venice Days at the 76th Venice International Film Festival. The short drama screened on Sept. 4, 2019 during a special event at the Villa degliAutori at the Venice Lido. 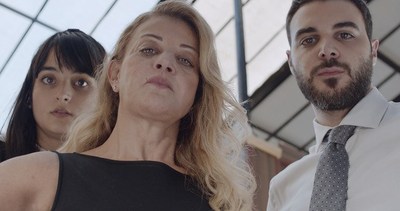 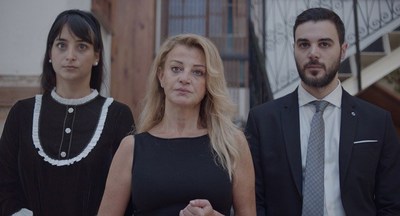 "'Manara' began from my own frustration and angst with a culture that is obsessed with appearances. An older generation who is willing to risk their well-being and the well-being of their children as long as they remain intact in the eyes of their immediate community, family, and the country as a whole," Alexander said. "With that in mind, I chose to tell a story about an affluent family in conservative Southern Lebanon who has just been dealt a 'scandal,' which, if exposed, might stain them for the rest of their lives."

"Manara" won the first edition of the "Vitesul'acqua" competition, within the film festival Laguna Sud, curated by Andrea Segre in Chioggia, Venice.

Zayn Alexander is a New York-based actor and director of Lebanese origin. Alexander began his career upon moving to New York City in 2010. He made his film debut in the 2012 drama "TheDefector". In 2017, Alexander starred in and directed the acclaimed short drama "Abroad". "Abroad" made its world premiere at the Oscar-qualifying Santa Barbara International Film Festival. In October of 2018, Alexander produced, directed, and starred in the film "Manara". In addition to his film career, Alexander has a Master of Arts (M.A.) degree in Psychology from Columbia University.

Synopsis: In a coastal town in Southern Lebanon, the Zayyad family seemed to have it all: A hotel by the sea, a lasting marriage, and strong family ties. But this seemingly perfect portrait takes a hit when the father dies under mysterious circumstances. Alia, the bereaved wife, is intent on lying about her husband's cause of death in order to maintain appearances, despite the vehement objections of her adult children, Rami and Noura. One hour before the mourners' arrival, and still struggling to agree on a course of action, Alia, Noura and Rami are forced to reevaluate the long dysfunctional family dynamic that brought them here in the first place.