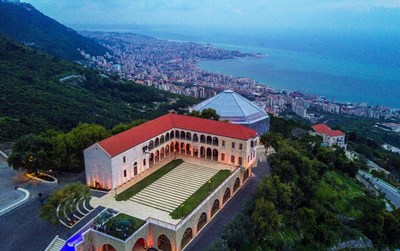 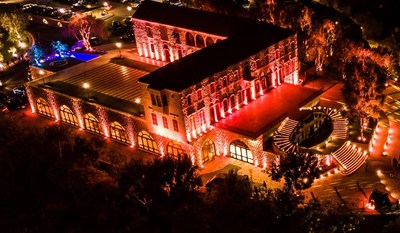 From one of the hills of Chnaniir in Keserwan, over a ten-year period, Chateau Rweiss, which is graced with an authentic Lebanese character, has excelled in the wedding industry, claiming a leading position for itself and for Lebanon, as it beat 14 hotels and wedding venues spread across Kuwait, Dubai, Abu Dhabi...

Chateau Rweiss, which is surrounded by the Chnaniir nature reserve and overlooks the bay of Jounieh, has hosted the most significant weddings, as it is noted for its ability to attract Lebanese expatriates and foreigners to encourage them to hold their weddings in Lebanon. This led to its being nominated by the relevant bodies and its winning of the award for the best and the most luxurious wedding venue in the Middle East at the Sixth Destination Wedding Congress held in Dubai from 27 to 29 March.

This event, which is held every year in a different country, is recognised for its importance in marketing global tourist destinations for weddings, and for the participation of a large number of the most famous event and wedding organisers from around the world.

According to officials at Chateau Rweiss, "This award will have a very positive impact on the work of Chateau Rweiss, as today its business strategies have been proven, helping it achieve its most important goals, making Lebanon a major tourist destination for Lebanese expatriates and foreigners wishing to hold their weddings in Lebanon." The officials added that "Mr Rafic Abi Nasr, who started renovations of the place in 2002, dreamt of restoring the glory of this edifice, to promote the name of Lebanon and its tourism at international events. Now his toil and perseverance have been crowned with this success, which is nothing but a living translation of the vision which he dreamt of throughout his life. His belief is that individual initiatives are what generate real success, and he worked only with love and faith." They explained that "to achieve sustainable tourism in Lebanon, every party must believe in their ability to progress locally and globally, and strive to spread a successful image of their country to attract others to it."