SHANGHAI, March 16, 2018 /PRNewswire/ -- Famous Russian model Elena Deligioz posed for the shoot of a new series of cosplay publicity photos, where she looks impeccably beautiful. In the photo series, Elena plays a female role in Knives Out, the Battle Royale mobile game from China. 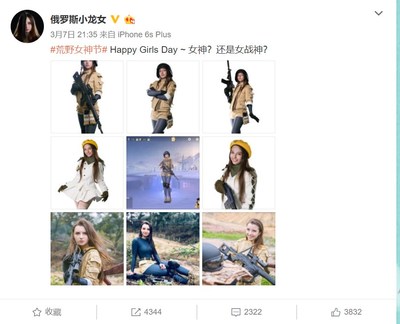 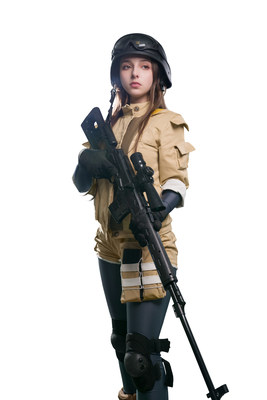 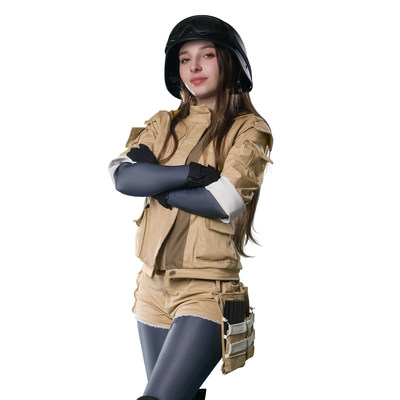 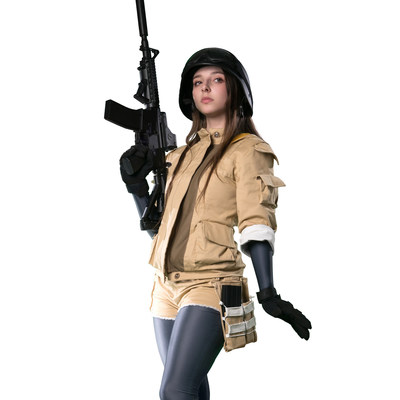 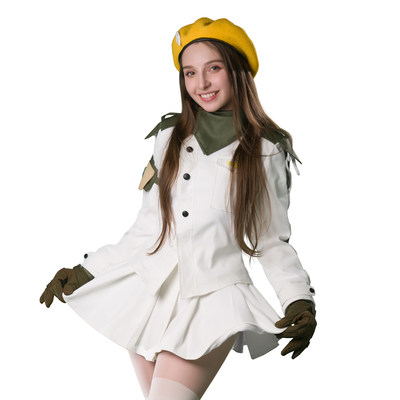 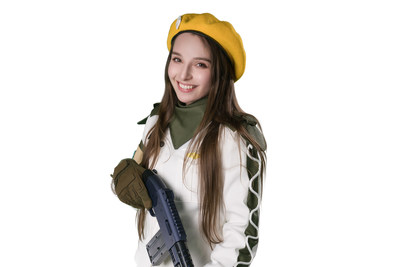 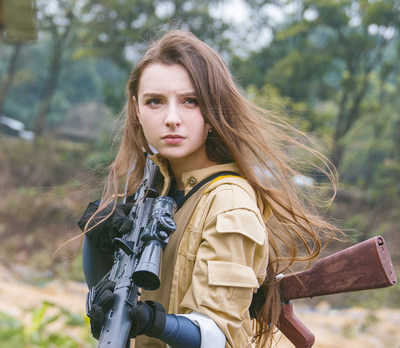 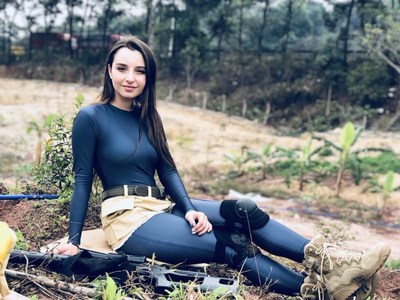 Elena cannot be more suitable to cosplay the pretty cartoon characters. Decked out in the costume and the helmet, and sporting the weapon associated with the character, she looks as if she has just jumped out of the screen following an action scene from the game. Elena traveled many thousands of miles from Russia to China to cosplay such a role, as she is a fan of the armed forces.

Knives Out, a mobile game produced by China-based Netease.com Inc., quickly became popular once launched in the country, taking the top spot on iOS's lists of most downloaded sites both globally and in China. Reviewers said on social media that the game is easy to play, thanks to the simplicity that dominates in this realm. More importantly, the game provides outfits in different styles that female players can choose from, while quality graphics significantly add to the game's popularity.

On Google Play, Knives Out has now taken the No.1 on the game list, with a score of 4.2. This demonstrates its popularity among aficionados of shooting games around the world.

Knives Out adds many special props based on the actual situations that players run into, providing players with fresh experience. The most unique prop is the Leaky Roof Repair Van, a common but unique vehicle on streets in some China towns and cities, which is not only overused but gives out repetitive advertisement through a speaker. During the cosplay shoot, Elena had the luck to see one of these scorned vehicles "in the flesh".

With Elena as its ambassador, this competitive gun-battle mobile game Knives Out, has started to gain traction globally. It has received a strong recommendation from Google Play, the world's largest Android Market, and tops the lists of most downloaded games in many countries. We are waiting impatiently for the game with cool firearms, fancy cars, amazing benefits and exciting content to be formally rolled out in Russia!